Utilizing the Brownian Theory of Motion, defined as, “The erratic random movement of microscopic particles in a fluid, as a result of continuous bombardment from molecules of the surrounding medium” our team has developed a way to use this principal to micro-infuse millions of molecules of our organic, extremely high efficacy, botanical based product into and onto the surfaces of the buildings HVAC system so that any pathogenic bioaerosols such as viruses, fungi, bacteria, yeasts and non-viable particulates such as pollen will come into contact with each other through circulation and recirculation of the air in the occupied space.

When a molecule of high efficacy contacts a unit of viability such as a virus, fungal, bacteria or yeast the viable unit’s ability to reproduce is disrupted and destroyed. Similarly, non-viable items such as pollen have their capability to be allergenic negated.

The key to keeping building occupants safe and healthy is the ability to provide Proactive Pandemic Protection automatically, constantly and safely with innovative technology that is “Organic based, Non-GMO, Tested, Proven and Approved.”

The current and ever expanding COVID-19(SARS) CoV-2 virus issue has been recognized by the CDC as an “Airborne Transmissible Virus” which requires a fundamentally different approach than what has be utilized up to now. Masks do not fully stop airborne transmission. In an enclosed environment such as a school, hospital, retail outlet, religious establishment or actually any structure where the indoor environment is being conditioned by a HVAC system the possibility of contracting the virus is exponentially elevated than outdoors.

The M3 System® Protection Module was conceptualized, designed and engineered to attack the causal agent of deadly viral spread. Developed by a globally recognized Engineer, Scientist and Nobel Prize Nominee for his work specifically related to COVID-19(SARS) CoV-2, it is available for application to Commercial, Residential, Industrial and/or Institutional structures.

Combined with a specially developed, botanical/organic based solution there is no product or system available today to match its efficiency, efficacy, longevity or ease of installation. CDC Approved Laboratory results indicate a kill time against COVID-19(SARS) CoV-2 of “TWO MINUTES OR LESS.”

VOCs, Volatile Organic compounds are responsible for the odor of scents and perfumes as well as pollutants. VOCs play an important role in communication between animals and plants, e.g., attractants for pollinators, protection from predation, and even inter-plant interactions. Some VOCs are dangerous to human health or cause harm to the environment. Anthropogenic VOCs are regulated by law, especially indoors, where concentrations are the highest. Most VOCs are not acutely toxic, but may have long-term chronic health effects. 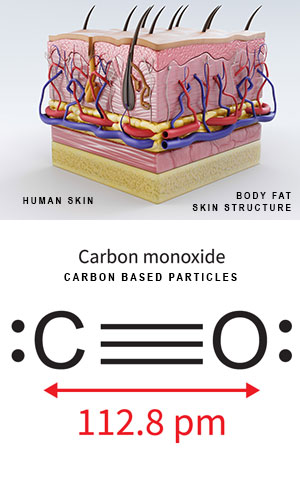 Concentrations of VOCs in indoor air may be 2 to 5 times greater than in outdoor air, sometimes far greater. During certain activities, indoor levels of VOCs may reach 1,000 times that of the outside air. Studies have shown that emissions of individual VOC species are not that high in an indoor environment, but the total concentration of all VOCs (TVOC) indoors can be up to five times higher than that of outdoor levels.

Respiratory, allergic, or immune effects in infants or children are associated with man-made VOCs and other indoor or outdoor air pollutants. Some VOCs, such as styrene and limonene, can react with nitrogen oxides or with ozone to produce new oxidation products and secondary aerosols, which can cause sensory irritation symptoms.

Health effects include eye, nose, and throat irritation; headaches, loss of coordination, nausea; and damage to the liver, kidney, and central nervous system. Some organics can cause cancer in animals; some are suspected or known to cause cancer in humans. Key signs or symptoms associated with exposure to VOCs include conjunctival irritation, nose and throat discomfort, headache, allergic skin reaction, dyspnea, declines in serum cholinesterase levels, nausea, vomiting, nose bleeding, fatigue, dizziness.

Non-Viable and Non-Volatile particulates are outside the realm of Fungi, Bacteria, Viruses and Yeasts but can pose serious health hazards. The main entryway into the human body is through respiration. Commonly found items in enclosed spaces include skin cells, carbon particulates, pollen, starch particles, fiberglass particles and others.

"Particulate matter," also known as particle pollution or PM, is a complex mixture of extremely small particles and liquid droplets. Particle pollution is made up of a number of components, including acids (such as nitrates and sulfates), organic chemicals, metals, and soil or dust particles.

The size of particles is directly linked to their potential for causing health problems. EPA is concerned about particles that are 10 micrometers in diameter or smaller because those are the particles that generally pass through the throat and nose and enter the lungs. Once inhaled, these particles can affect the heart and lungs and cause serious health effects.

The size of the particle is the main determinant of where in the respiratory tract the particle will come to rest when inhaled. Larger particles are generally filtered in the nose and throat via cilia and mucus, but particulate matter smaller than about 10 micrometers, can settle in the bronchi and lungs and cause health problems. The 10-micrometer size does not represent a strict boundary between respirable and non-respirable particles but has been agreed upon for monitoring of airborne particulate matter by most regulatory agencies. Because of their small size, particles on the order of 10 micrometers or less (coarse particulate matter, PM10) can penetrate the deepest part of the lungs such as the bronchioles or alveoli. When asthmatics are exposed to these conditions it can trigger bronchoconstriction.

The smallest particles, less than 100 nanometers (nanoparticles), may be even more damaging to the cardiovascular system. Nanoparticles can pass through cell membranes and migrate into other organs, including the brain.

The M3 System® continues to exceed all design and engineering parameters on a regular basis for both pathogen control and critical VOC, Non-Viable and Non-Volatile Particulate reduction and control, both which can be serious health hazards under the right conditions. 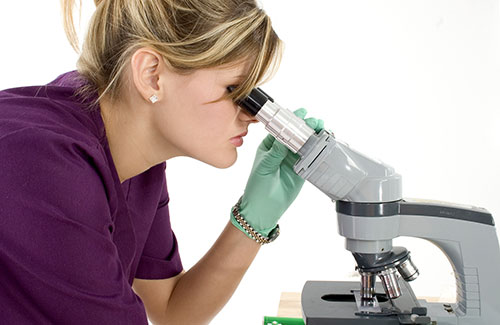 We only use products that have been laboratory tested and proven to kill numerous pathogens including the current COVID-19(SARS V2) strain. We only use products that are registered on the EPA N-List or carry and EPA Exemption under the Emerging Viral Pathogens Guidance for Antimicrobial Pesticides as reauthorized on January 20, 2020. Only those products reviewed and authorized by Global Infection Control Consultants LLC are certified for use.

This page is our simplified explanation of materials and methods to resolve one of the world’s most complex problems.

We Look Forward to Helping You Stay Safe!